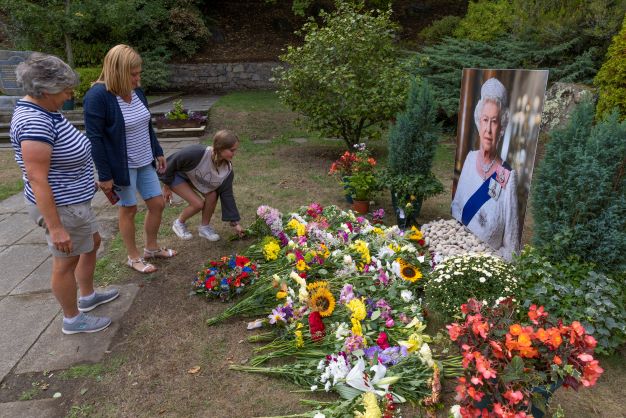 The public were invited to leave flower tributes to The Queen in the Sunken Gardens and books of condolence were set up in various areas across the island. Flags were lowered to half mast and websites set up a page of mourning. 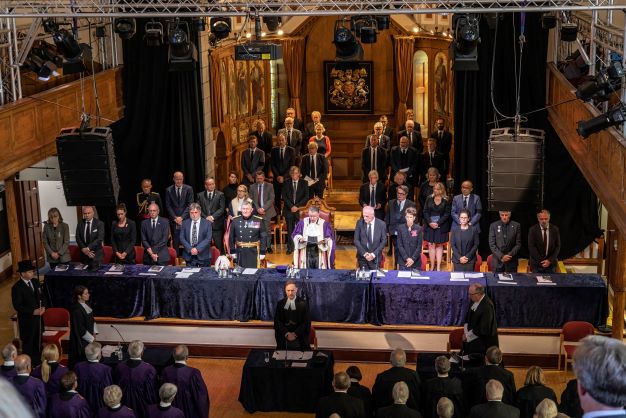 There were official and constitutional papers to be issued and signed. Addresses to be made and both The States of Deliberation and The Royal Court had to be called to sit. Timings all kept in line with both the UK and the other Crown Dependencies. 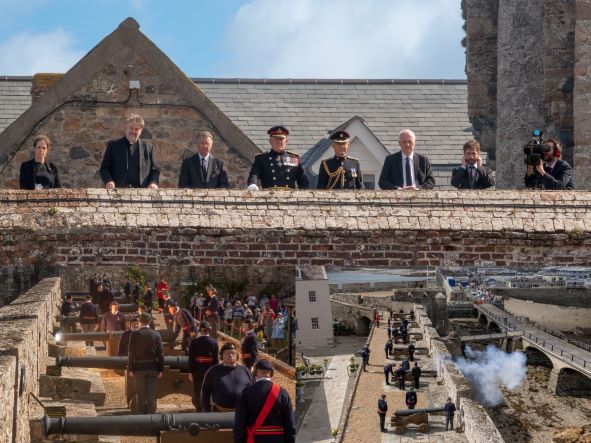 There were three Royal Salutes at Castle Cornet. Two of 21 guns and the impressive 96 gun salute, one for every year of Her Majesty's life.

The 21 Gun Salute on the UK Proclamation Day was attended by His Excellency, the Bailiff, Chief Minister and the Dean. 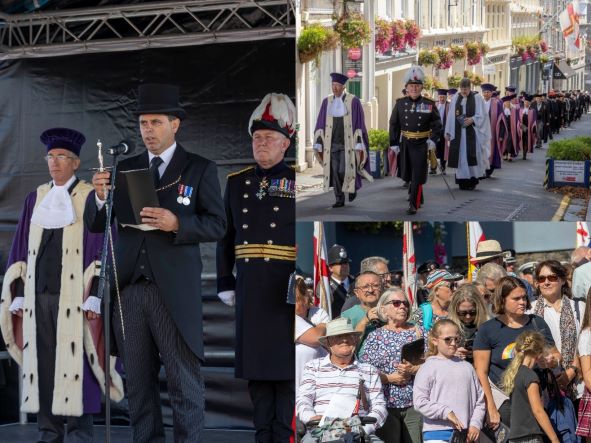 On the Day that Guernsey affirmed it's allegiance to the Crown, the crowds gathered in town so see the procession of States Members and the Royal Court alongside members of the Clergy and parish officials walk down from St James. They were all present to hear the proclamation on the Crown Pier read by HM Sheriff with three cheers from the Lieutenant-Governor and a rousing chorus of God Save the King. 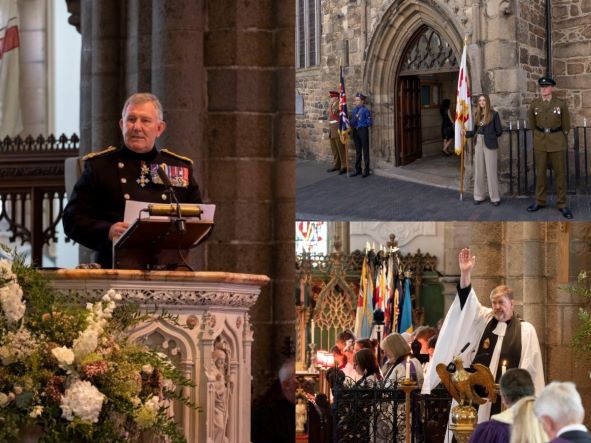 The Service of Thanksgiving was held the following Saturday, two days before the funeral. Led by the Dean and other senior members of the clergy, there were readings from the Bailiff and prayers from representatives from charities of which Her Majesty had been a patron. The Lieutenant-Governor gave an address, which you can read here

here [121kb] and as a special nod to Her Majesty, a solo piper appeared and played beautifully from the East door. 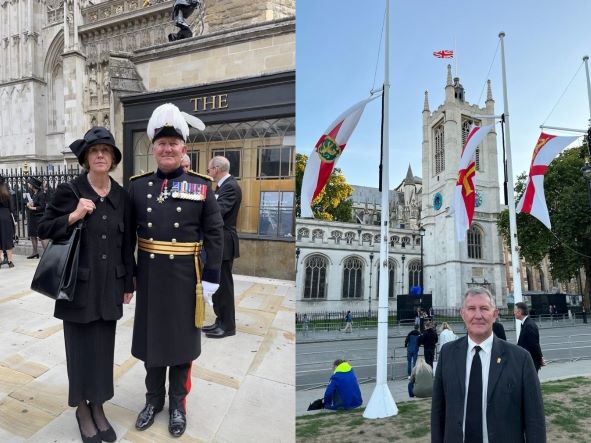 The Bank Holiday on the day of the funeral allowed everyone to watch the final moving departure of our Queen and whilst many chose to watch from home, hundreds of islanders took the opportunity to watch the funeral as a community on the giant screen that had been erected at Saumarez Park.

His Excellency and Mrs Cripwell represented the Bailiwick at the Lying-in-State, the Funeral at Westminster and the reception with His Majesty The King. When interviewed afterwards by local media, His Excellency confessed to being humbled at the enormity of the occasion and grateful for the extraordinary life and dedication of The Queen.

And so ended ten remarkable days of mourning and we all must move into the next phase.

God Save the King.