On a positively balmy Saturday lunchtime in Guernsey, a reception was held for Ms Sealy attended by family, friends and colleagues who were thrilled to be at Government House to see her be presented with such an incredible honour. His Excellency was almost stuck for words to add any further comments for such a prestigious occasion and he was delighted to have the honour of bestowing the honour upon her.

Ms Sealy herself spoke of the colleagues at St Matthias Primary School where she was headteacher for 22 years and where she had been working when she began her work for which she received the OBE. She was also very keen to point out that anybody can be nominated for an honour and if you know anyone you feel deserves recognition for their work, make sure to nominate them. 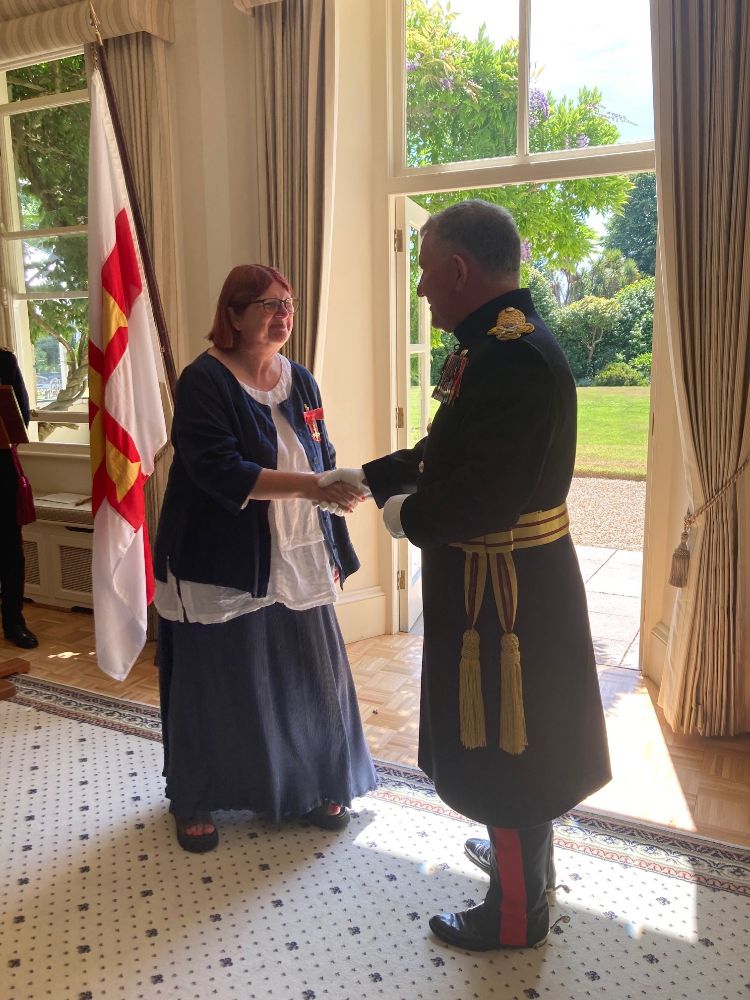 Officer of the Order of the British Empire is awarded for having a major local role in any activity and includes those whose work has made them known nationally.

Ms Sealy's nomination came from the UK rather than through Guernsey where she currently holds the position of Head of Education Improvement for the States of Guernsey.

The OBE for Ms Sealy has been awarded for her work on the application of cognitive science and phonics in the primary years classroom and her dedication to spreading their learning through blogs and articles that are widely read by teachers and education specialists.

She was named TES person of the year in 2018 and named one of the ten most influential people in the world of education.

An OBE can be awarded at Buckingham Palace by a member of the Royal Family but Ms Sealy has chosen to be presented with her medal here in Guernsey by the Lieutenant-Governor.