As founder of the Guernsey Fairtrade Steering Group, Steve Mauger has been the driving force for establishing Guernsey as a Fairtrade Island.

Fairtrade Guernsey works with members of the community to encourage the use of Fairtrade products in all areas of our commercial industry, thereby helping farmers and workers in developing countries to improve their lives.

Mr Mauger has helped the charity to establish the name of Fairtrade through fundraising events such as an annual quiz and competitions plus the Fairtrade jewellery which is sold at many events throughout the calendar year and has served as Chairman and Secretary on a number of occasions and remains as a member of the steering group. 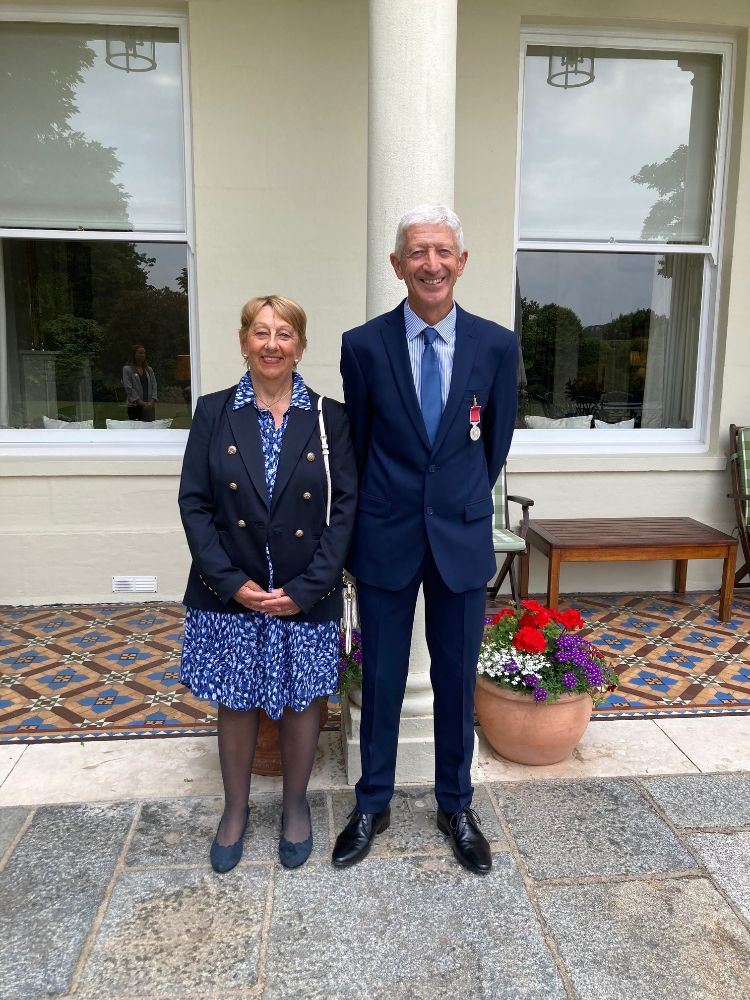 The Lieutenant-Governor hosted a reception on a beautiful sunny Saturday and was thrilled to be able to award this honour to Mr Mauger amongst a group of his closest friends and colleagues. His Excellency paid tribute to Mr Mauger's hard work and determination to make the world a more secure and sustainable place.

In his acceptance speech Mr Mauger himself spoke fluently of his passion for Fair Trade and gave thanks to all those who had supported them from the start including Sir De Vic Carey, who attended the reception and had been their patron from the start until quite recently. He also thanked the Co-operative Society who have been selling Fair Trade goods consistently since they were introduced.