Patricia Child was awarded the BEM (British Empire Medal) for services to the health and voluntary sectors in Guernsey as part of the Queen's Birthday Honours list in June 2021. Pat was instrumental in creating the Bailiwick-wide Guernsey Cancer Support and is also Chairwoman of the Bright Tights Charity, a local charity aiming to increase awareness about gynaecological cancers by raising funds for research into their causes and treatment and providing financial assistance to Guernsey Cancer support. Pat is pictured here with some of the other members of the team (photo courtesy of the Guernsey Press) 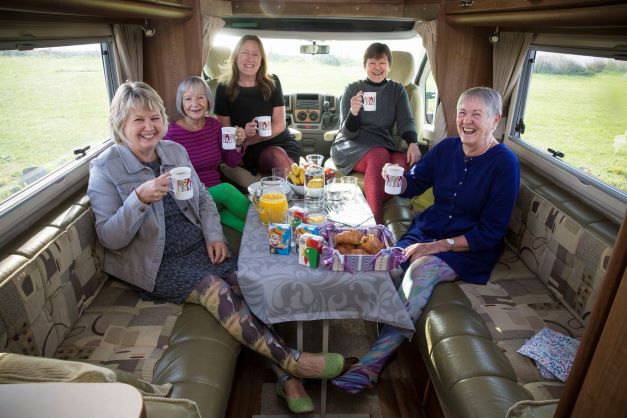 The BEM was created in 1922 and has been reinvented on a number of occasions over the years but in 2012 it was settled that the BEM could be granted for meritorious service by a civilian and it's members are given affiliation to the Order of the British Empire.

The presentation takes place only when the actual medal has been received by Government House. The Lieutenant-Governor and Mrs Cripwell are very much looking forward to meeting the many members of our island community who do so much to make us proud to be a 'Guern'.