The Platinum Jubilee and The Queen's Green Canopy

In 2022, Her Majesty The Queen became the first British Monarch to celebrate a Platinum Jubilee after 70 years of service. 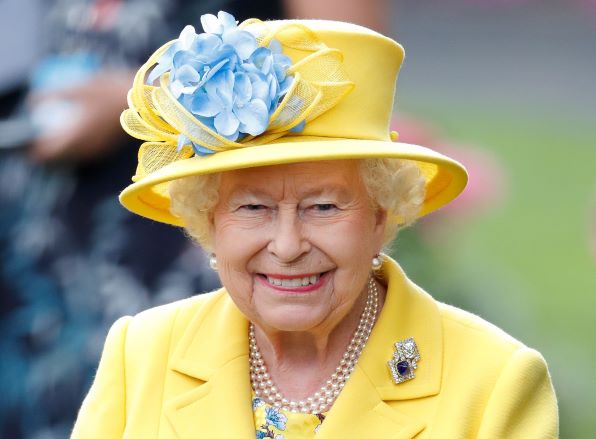 As a loyal Crown Dependency, the Guernsey Community are keen to get involved and a local website has been created to give you all the information about the celebrations being planned on the Island for this historic occasion. You can find the website at www.platinumjubilee.gg

That weekend has been chosen for the Jubilee Celebrations, again just to increase the chances of nice weather instead of the traditional British winter of wind and rain we would likely get celebrating on the actual date of the Jubilee which was February 6th, the day Her Majesty The Queen ascended to the throne.

Coincidentally, 2nd June also happens to be Coronation Day but this is unrelated to the Queen's Official birthday date and the chosen Platinum Jubilee Weekend dates.

The Queen's Official Birthday is when we hold our annual Garden Party at Government House and will do so again on the 2nd June. The event is by invitation only and includes our deputies, royal court and parish officials alongside representatives from charities, schools, youth groups and businesses and also Herm and Sark. The primary reason for the party is to celebrate the achievements of those individuals awarded a medal in the Queen's New Year and Birthday Honours list and those charities who are awarded the QAVS, the Queen's Award for Voluntary Service. The Lieutenant-Governor will take a break from meeting and greeting guests in all their finery to congratulate all those receiving awards and to raise a toast to Her Majesty the Queen. If we time it just right and the wind is in the right direction, the guests will also hear the 21 gun salute fired from Castle Cornet at noon the same day.

The Platinum Party at the Palace...at Government House

On Saturday 4th June, Government House will be throwing open its (metaphorical) gates to host an event to which the island is invited. An afternoon of family fun with movies and entertainment followed by local brass bands and musical support and culminating with a live screening of the evening concert being shown at Buckingham Palace. Refreshments will be available to buy throughout but you will also be encouraged to bring blankets and chairs and picnic in the grounds. Red, white and blue is also a popular theme to these events or you can go pull out all the stops and dress in the purple and white, colours of the platinum jubilee. Arrangements are still being finalised for this fantastic event so look out for updates and keep an eye on the website above for more information when you're planning your June Bank Holiday Frivolities.

"Plant a Tree for the Jubilee"

This amazing national initiative came straight from a request by Her Majesty The Queen as to how best to commemorate her Platinum Jubilee. It is something tremendously good and meaningful that will enhance our Island nation and contribute to the environmental overhaul required to help our planet to repair the damage we have caused.

There is a national website which you can access via the logo above to read more about the campaign as a whole. The Crown Dependencies are included but we cannot access their map ourselves so there is a link to send your photo and information to the administrators and they will add your planting to the map for us. We have some on the map below already. 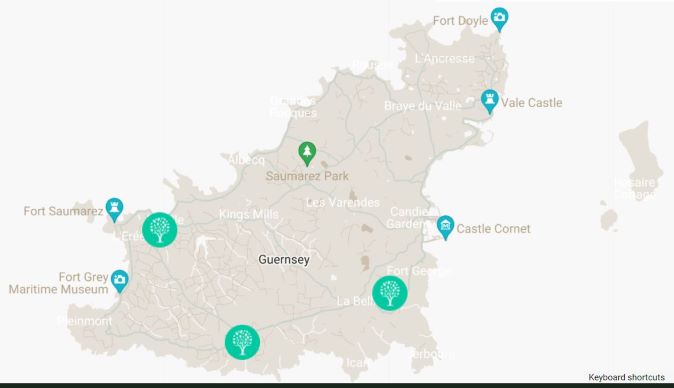 If you want to get involved with tree planting in Guernsey or want to know more about Guernsey's involvement in the Queen's Green Canopy, it's best to contact Guernsey Trees for Life who can advise you about tree plantings around the Island. They have a website Trees for Life and a Facebook page you can follow.

Let's fill the Bailiwick with Trees!