Sir Ian and Lady Corder hosted a reception to present a BEM (British Empire Medal) to Mrs Rachel Copeland. Originally part of the contingent of awards announced for the Queen's Birthday Honours in 2020, Mrs Copeland chose to have her award presented by the Lieutenant-Governor here at Government House instead of taking the trip to Buckingham Palace. 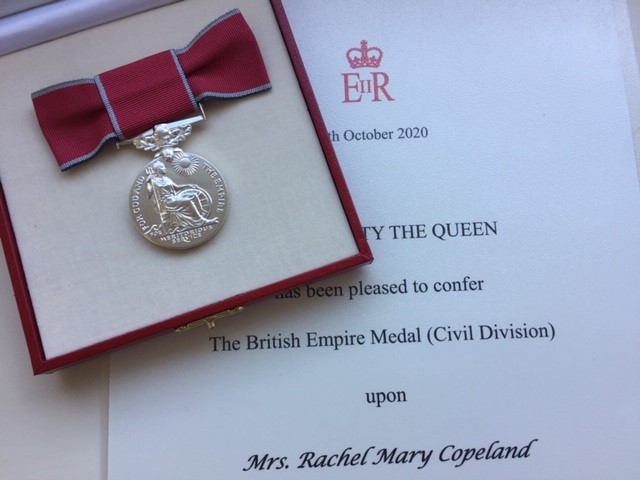 A retired Health Visitor and the founder of Bright Beginnings Children's Centre, Rachel has been recognised for her work to support vulnerable families in Guernsey and was thrilled to be able to attend Government House with her closest family and friends including her 94 year old mother who would not have been able to travel to the UK. Rachel had also invited some of her family including 5 grandchildren to attend and was relieved when Covid managed to trip up only a couple of people who had been due to fly in from Madrid.

Rachel has been working especially hard for the charity she runs, since her retirement in 2014 and has firm beliefs that the first few years of a child's life lays solid foundations for their whole lifetime and a loving and nurturing environment to start their lives is the very least every child deserves. We wish both Rachel and her charity every continued success in Guernsey.

Here you can see Rachel with her family and friends around her at Government House. 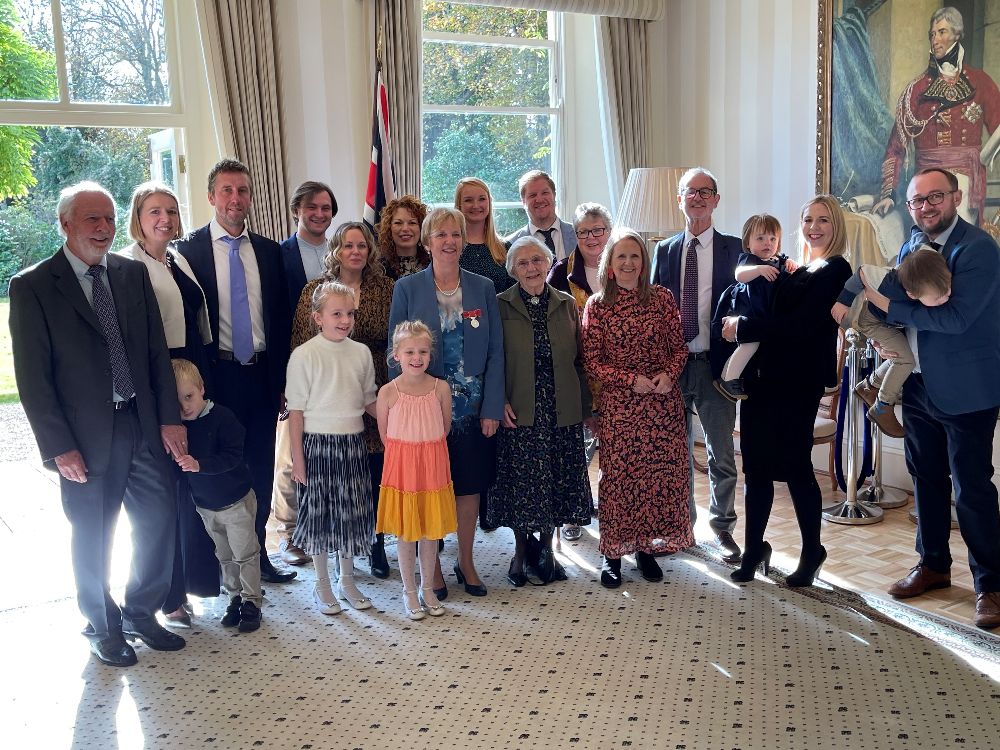