Sir Ian and Lady Corder are becoming experts at saying goodbye and every time it is mixed with so much joy for the time they have spent here and sadness that it must come to an end. The weather smiled on them for travelling (despite the crazy winds in the night) and they spent a lovely 24 hours on the island. 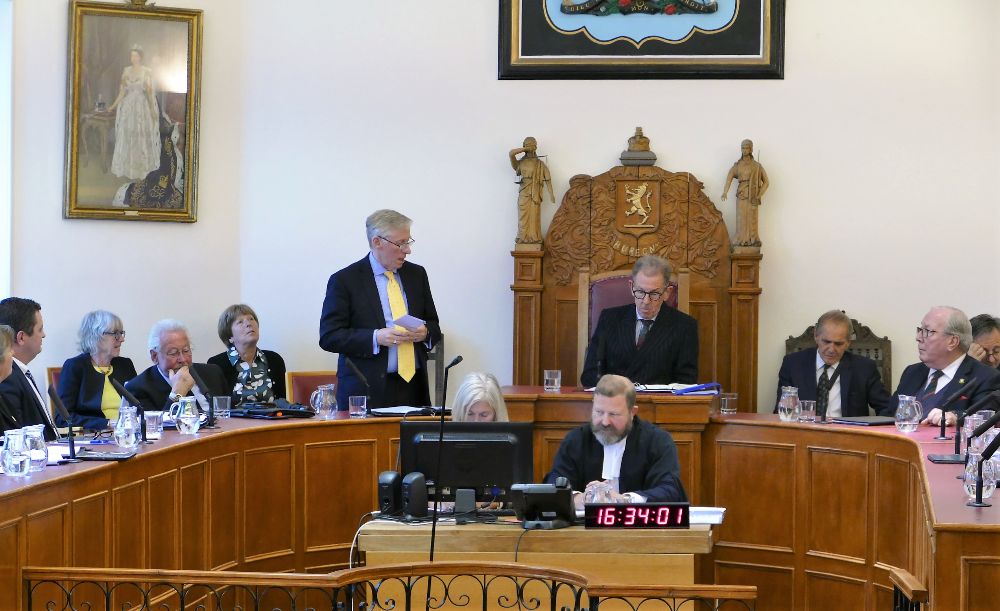 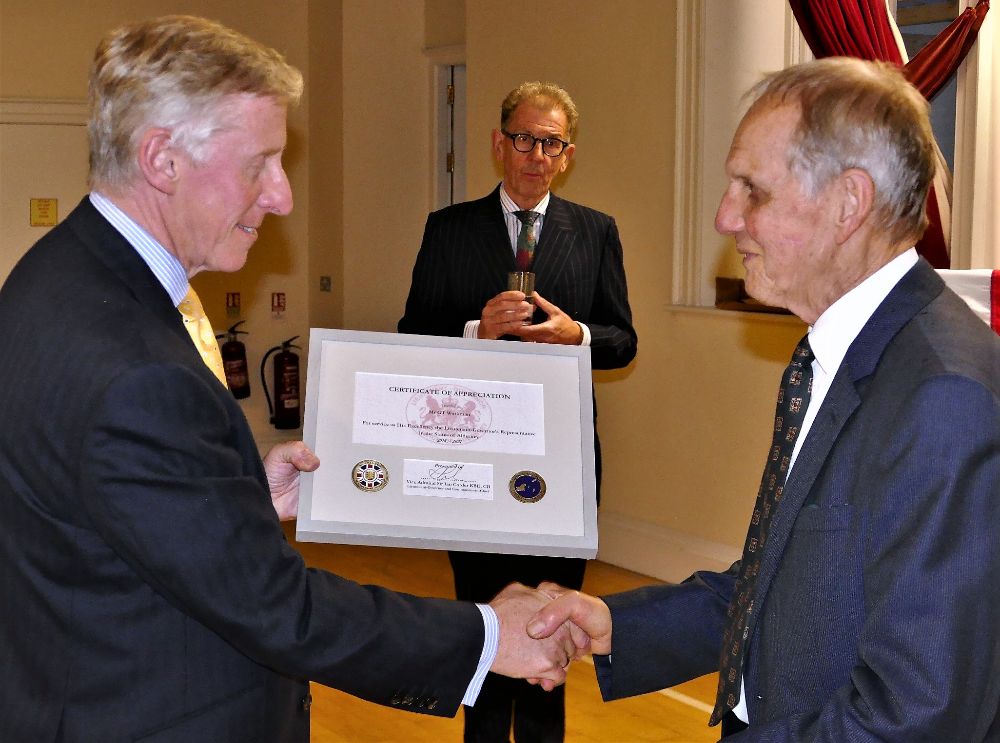 A Vin d'Honneur held in their honour at the Island Hall was an opportunity for His Excellency to personally thank Alderney resident Mr Geoff Workman who has attended the States Meeting as the Lieutenant-Governor's personal representative, presenting him with a certificate of appreciation.

It was also an opportunity for the unveiling of a portrait of past Alderney States President, Mr Stuart Trought MBE.

Dinner with the Alderney President, Mr William Mason and his wife, Gabrielle followed for Sir Ian and Lady Corder and ADC to the Lieutenant-Governor Major Marco Ciotti who had travelled across with them. Then after a stormy night across the Bailiwick, they went on the next morning to visit the Connaught Residential Home before getting their final short flight back to Guernsey.