His Excellency laid a wreath at the annual service to commemorate the 500 sailors who dies when torpedoes struck the two ships in October 1943.

The German forces occupying Guernsey at the time, gave a full military funeral to the the 21 men washed up on Guernsey's shores and a memorial service has been held at the Foulon Cemetery every year since 1947.

About 500 people attended this year, including family members of those who died alongside veterans from the Royal Navy and Royal Marines. 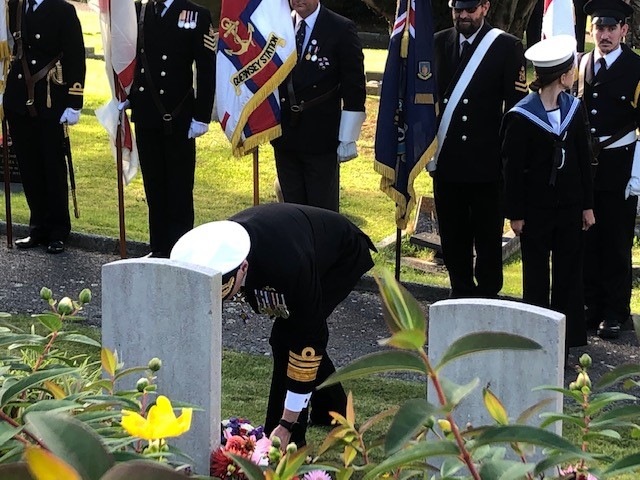