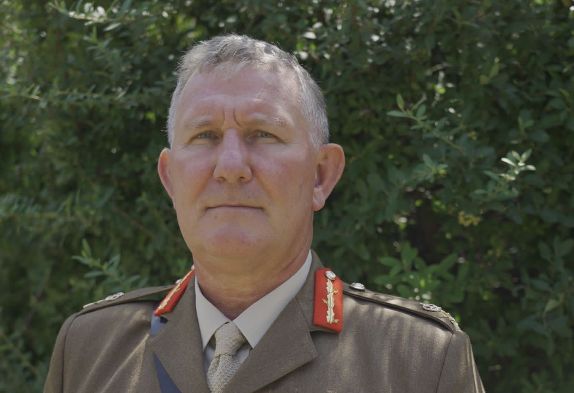 Her Majesty The Queen, on the recommendation of the Lord Chancellor, has been pleased to approve the appointment of Lieutenant General Richard Cripwell CB, CBE as the next Lieutenant-Governor of the Bailiwick of Guernsey.

Lieutenant General Cripwell will succeed Vice Admiral Sir Ian Corder as the Sovereign's personal representative in the Bailiwick. Details of his arrival and swearing-in ceremony will be announced later this year.

Sir Ian's term of office will come to an end on Tuesday 30th November. His Excellency and Lady Corder will depart Guernsey for the final time on Wednesday 24th November 2021.

Following education in Dublin, Richard Cripwell was commissioned into the Corps of Royal Engineers in August 1982. Following routine regimental and staff appointments, including operations in Northern Ireland, the Middle East and the Balkans, he commanded 26th Engineer Regiment, supporting 12th Mechanized Brigade and commanded the Intelligence, Surveillance and Reconnaissance Task Force in Kosovo, responsible for conducting operations relating to Persons Indicted for War Crimes in the Former Yugoslavia.

His training appointments have been on the Fighting in Built-Up Areas Training Team at the School of Infantry, the Mozambique Training Team (based in Zimbabwe) and as a company commander at the Royal Military Academy Sandhurst. On the staff he has served in the Defence Intelligence Staff, in HQ Kosovo Force (Rear), as Military Assistant to the Deputy Chief of Defence Staff (Equipment Capability) and as the Assistant Director for Information Operations in the Ministry of Defence.

As a Brigadier he served in Baghdad as the Director Energy Operations in Multi-National Forces - Iraq, as Commander Engineers in the Allied Rapid Reaction Corps, as the Assistant Chief of Staff for Intelligence at the Permanent Joint Headquarters in Northwood and in Kabul, where he was Director of the Strategic Transition and Assessment Group in HQ ISAF.

He was appointed Deputy Commander of Operation "Resolute Support", in Afghanistan, in 2017 prior to his current appointment of Deputy Commander Allied Land Command, the standing headquarters for NATO land forces, which is based in Izmir, in Turkey.