On Saturday 31st October, His Excellency and Lady Corder hosted an investiture ceremony at Government House to present medals to three Islanders.  Honours were bestowed on Mr. David Swiffen MBE, Mr. Bryan Brehaut BEM and Mrs. Elizabeth Hutchinson BEM by Her Majesty The Queen as part of the New Years Honours List.

The event marked particular significance as the current public health situation in the United Kingdom means that such ceremonies may not take place there.  In light of this, the Central Chancery at St. James' Palace requested that the Lieutenant-Governor present Mr. David Swiffen MBE with his insignia on behalf of Her Majesty The Queen for services to wellbeing and inter-faith dialogue in Guernsey.

Mr. Bryan Brehaut BEM and Mrs. Elizabeth Hutchinson BEM were honoured in recognition for services to young people in Guernsey through The Boys' Brigade; and for services to libraries (respectively).

In a first for Government House, those in attendance were also joined virtually by friends and family members of each recipient via the online platform - Zoom.

Many congratulations to all the recipients from the team at Government House! 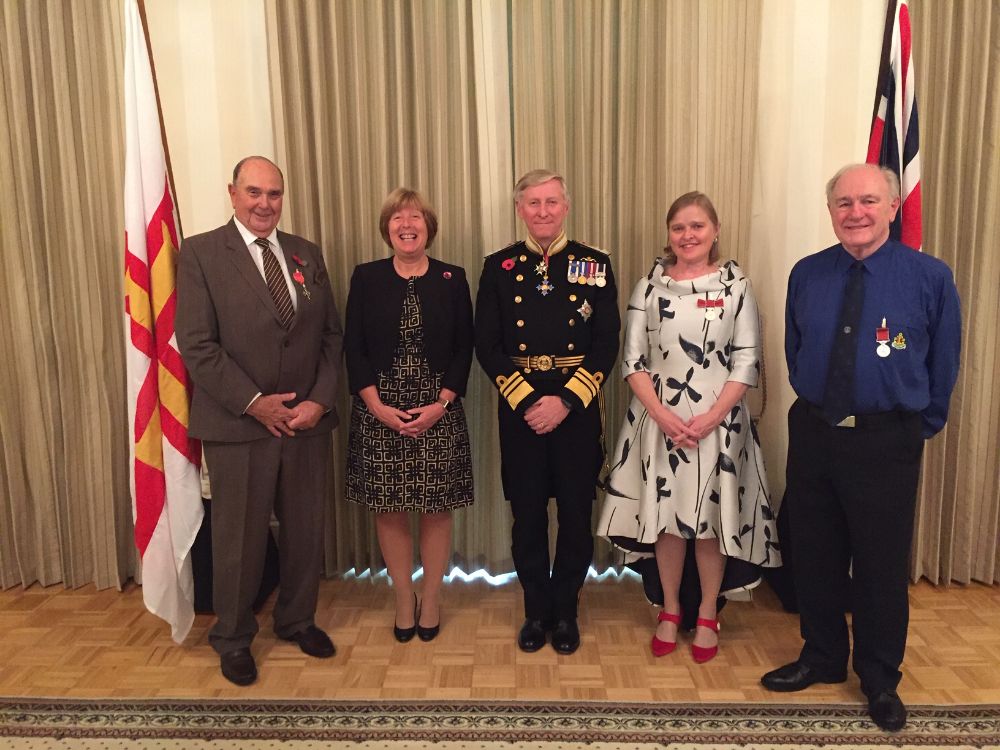