On Sunday 13th September, His Excellency joined the President, officers and members of the Guernsey Sporting Club at  a commemoration for the centenary of their foundation.  The event also marked the dedication of the Club's residence - Warwick House - as a memorial to the men of the First Guernsey Service Contingent, who volunteered as part of the Royal Guernsey Militia, and enlisted with the Royal Irish Regiment and Fusiliers in March 1915.

Formed in 1920, the Guernsey Sporting Club was founded by surviving officers, non-commissioned officers ("NCOs") and men of the 6th Batallion Royal Irish Regiment D Company with objectives to:

These original objectives are still observed today, with considerable donations being made to charities supporting Her Majesty's Armed Forces and their familiies, and to assist with the development of young people in sports including fencing and rugby. 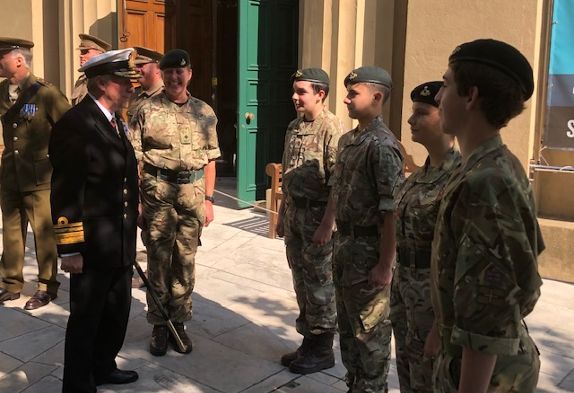 Prior to attending the memorial service, His Excellency was invited to inspect the Guard of Honour, led by Guard Commander, Major Alistair Stewart.  Representatives formed up from the Elizabeth College Combined Cadet Force, the Guernsey Detachment Army Cadet Force (RGLI) and, the Guernsey Military History Company ("GMHCo")  - all of whom are members of the Guernsey Sporting Club. 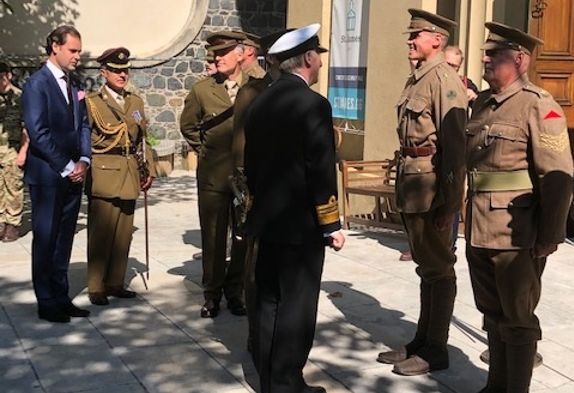