Presentation of trophies at RGAHS Show

On Thursday, His Excellency and Lady Corder attended The Royal Guernsey Agricultural & Horticultural Society Show held at Saumarez Park in the glorious July sunshine!  The annual event saw local farmers and their families compete in four sections: cattle, horses, sheep and goats.  Not forgetting a special mention to those who donned fancy dress costumes in a competition judged by Lady Corder. 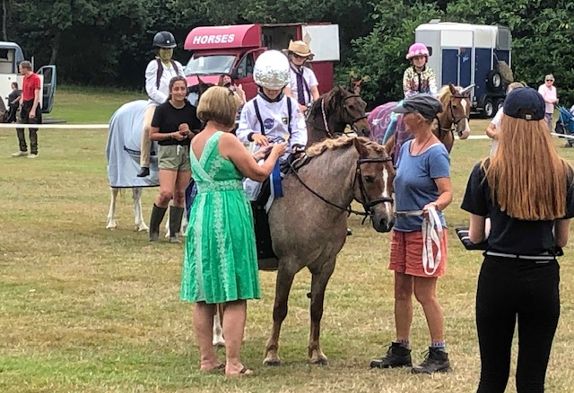 Despite a reduction in entries this year, organisers were delighted with the high standard during what was the Society's 202nd show!  His Excellency commented that "The Royal Guernsey Agricultural & Horticultural Society remains an important part of the Island's heritage and I am delighted to see, yet again, such a range of extremely high quality entries". 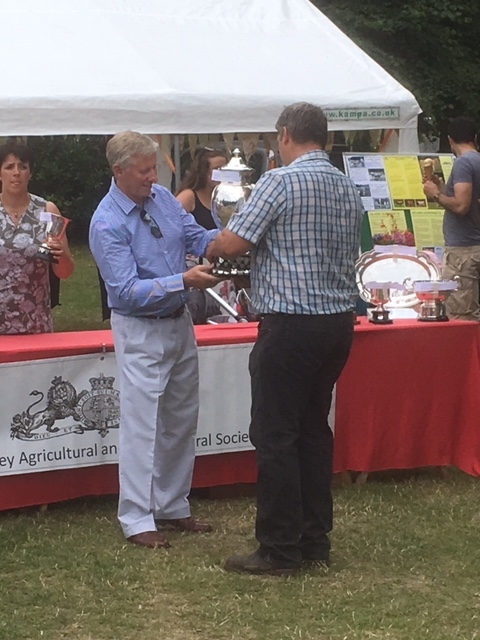 During the afternoon His Excellency awarded a number of trophies, including The Queen's Cup which was presented to Robin Jamouneau for his cow St. Catherine.

Congratulations to all winners at this year's show and to the organisers for arranging another great event!

Around 8,000 vergees (approximately 3,200 acres) of land are used locally by diary farmers to rear the Guernsey breed.  However the renowed cattle can also be found around the world with herds as far afield as the US!  The "Golden Guernsey" slogan - given due to the rich golden colour of Guernsey milk - is also used globally to promote the diary produce from the breed's milk.  It is incredible to see how the breed's popularity has grown since it was first introuced to the Island in 960 AD.