Jacob Goss, Luke Bourgaize, Molly Simpson and Jonathan Charmley all received their Lieutenant-Governor's Cadets' medals from His Excellency on Thursday 4th October. The ceremony took place in the ballroom at Government House, and was attended by the Cadets' families and youth leaders, as well as senior local officials. 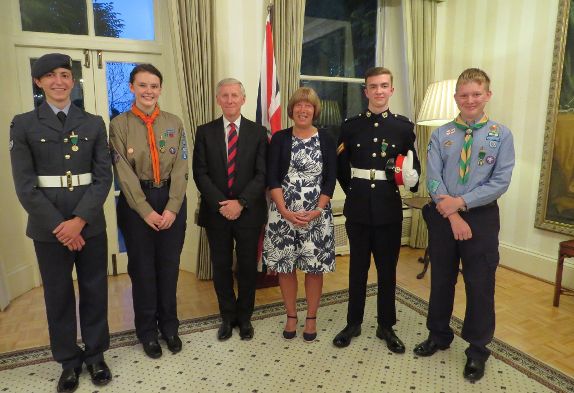 Lieutenant-Governor's Cadet medals are struck locally by Bruce Russell & Son, and feature a green ribbon and gold clasp. Recipients are also presented with a woven badge, which they are entitled to wear on their uniforms.

The new cohort of Lieutenant-Governor's cadets will also become members of The Youth Commission for Guernsey and Alderney's Youth Forum. The Forum is a group of young people from across the Bailiwick that represents the views of their peers and issues important to young people in the island.