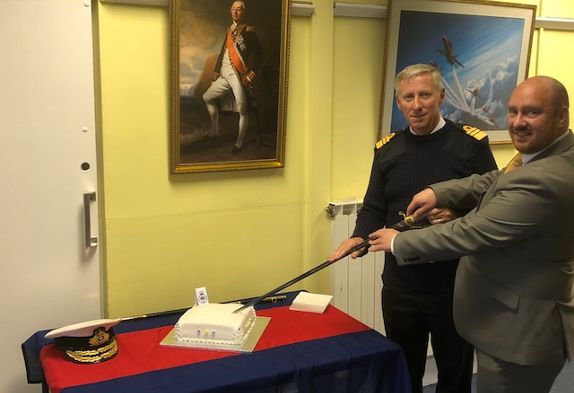 The JRCC provides a uniques tri-service cadet centre, bringing together the Guernsey Sea Cadets and Royal Marines Cadet Corps; the Guernsey Detachment Army Cadet Force - RGLI; and the Guernsey Air Cadets 201 Overseas Squadron, all under one roof for the first time bringing many efficiencies of scale and more effective joint training opportunities.

The opening ceremony began with the raising of the Joint Services Flag after which Sir Ian inspected cadets from all three organisations on parade and then witnessed a variety of training activities before sharing refreshments with members of the JRCC Committee, cutting a special cake and, finally, unveiling a commemorative plaque to mark the occassion.  In his remarks, Sir Ian paid tribute to the hard work and determination of the Committee in bringing this exciting new project to fruition.