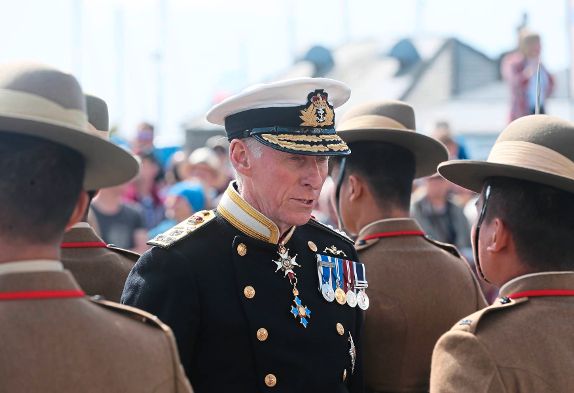 The Lieutenant-Governor, Lady Corder, and their family and guests joined thousands of islanders and visitors who attended last Wednesday's (9 May) Liberation Day celebrations on the 73rd anniversary of the islands regaining their freedom.

His Excellency and the Bailiff started the day by attending the annual Liberation day parade on the seafront before processing to the Town Church, along with the Royal Court and other dignatories, where they took part in the Liberation Day church service where the sermon was delivered by the Right Rev Dr Derek Browning, the Moderator of the Church of Scotland. Sir Ian was joined on parade by his son Captain Alexander Corder, the visiting inspecting officer, Vice Admiral Sir Simon Lister KCB OBE (Managing Director of the Aircraft Carrier Alliance), and his son Captain Jack Lister. 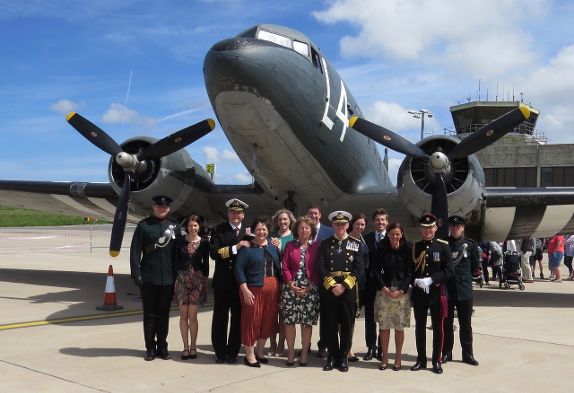 Sir Simon and his Excellency joined the Royal Navy together and now, 40 years later, Alex and Jack are both serving together in the same infantry unit, 5th Battalion The Rifles.

After the service, Sir Ian and Sir Simon and their families dropped into the airport to see a piece of visiting aviation history, a DC3 Dakota that had participated in the D-Day landings, the attack on Arnhem, the crossing of the Rhine, and the 1948 Berlin airlift. Most recently it starred in the Guernsey Literary and Potato Peel Pie Society movie.

Finally, a busy day ended with the Festiva Liberation Day Concert and a spectacular fireworks display over Castle Cornet.  Summing up the festivities Sir Ian said that 'it had been an excellent 73rd Liberation and he was delighted to see so many islanders turn out to commemorate the occassion and all so obviously enjoying the day.'