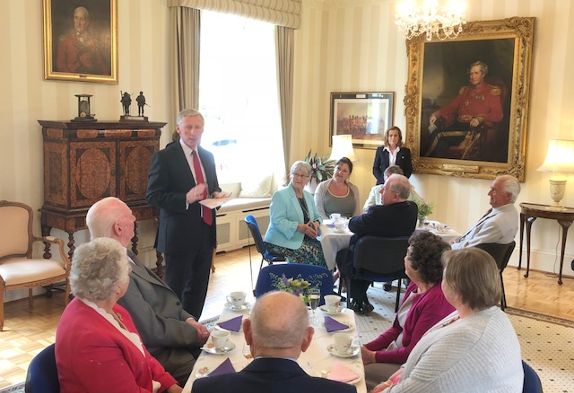 The Lieutenant-Governor and Lady Corder hosted another in their series of afternoon teas for special anniversary celebrants last Tuesday (24 April).

Sir Ian and Lady Corder joined all of their guests for a cup of tea and to hear all their memories of Island life, including hearing from Mr Brian Le Maitre how, as an apprentice baker, he had delivered a magnificent wedding cake to Government House for the Lieutenant-Governor's daughter and, until now, had not stepped foot inside since!

Sir Ian closed proceedings by toasting all the guests, their extraordinary loyalty to each other, and their commitment to the values of married life.