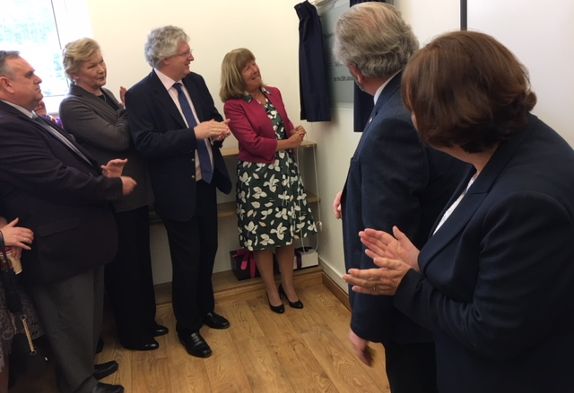 This Sunday (28th January), Lady Corder joined supporters and benefactors of Guernsey's Dyslexia Day Centre, the Bailiff, and other dignitaries to commemorate officially the opening of its new premises at the Old St Andrew's Primary School.

The Centre has been helping those with dyslexia on the Island for the past 31 years from its previous location at the King George V playing fields.  It was the brainchild of Mike and Theresa O'Hara who have been a driving force behind its continued development over the years and who hosted today's opening.

Lady Corder was joined in unveiling a plaque to commemorate the occassion by Mr Guy and Mrs Julia Hands, staunch supporters and major benefactors of the Centre.  Lady Corder commented that she was delighted to have been asked to become the Centre's new Patron and was immensely impressed by the service it offers.