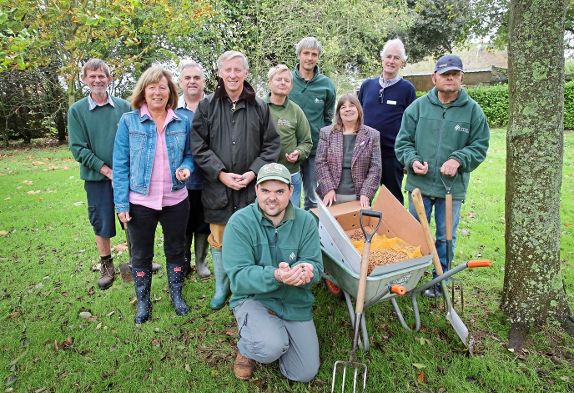 Yesterday (Tues 24th Oct) His Excellency the Lieutenant-Governor and Lady Corder joined a team from Government House, volunteers from Rotary, Floral Guernsey, Appleby (Guernsey LLP), and Grow Ltd to plant 25,000 purple crocus corms to mark World Polio Day.  The planting is part of a larger planting of 160,000 corms across the Bailiwick this autumn which is, in turn, part of an effort to plant 5 million cormns across Great Britain and Northern Ireland, all to raise awareness of the continued Global Polio Eradication Initiative launched by Rotary and its partners 30 years ago.

This year's corms join the 20,000 planted last year in the grounds of Government House which blossomed magnificently this spring, some spelling out the initials P4P ('Purple for Polio') in 10ft high letters on the Government House lawns. 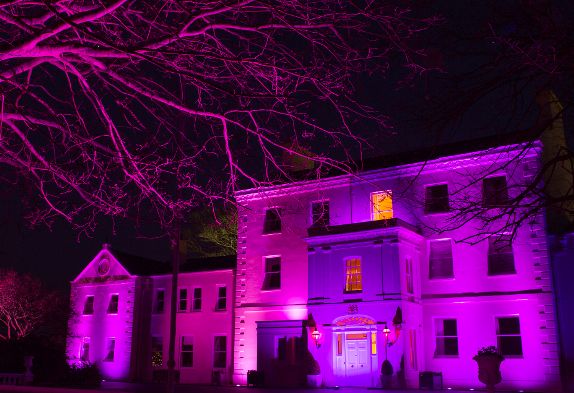 The colour purple is associated with the eradication programme because children who have received the immunisation droplet have traditionally had their fingers marked with a purple dye.

Such has been the success of the global campaign that the world wide incidence rate of polio has dropped more than 99.99% since it started - from 350000 cases a year in 125 countries to just 12 so far in 2017 in only two countries (Afghanistan & Pakistan).  Sir Ian commented that the programme had been a 'massive global success for Rotary and its partners in which Guernsey had played a full and active part. Just one last sustained push could see this debilitating disease wiped out forever.'

Some will recall that, in February this year, Government House turned itself 'purple' all over to mark 'Purple Pinkie' day in support of the same campaign.