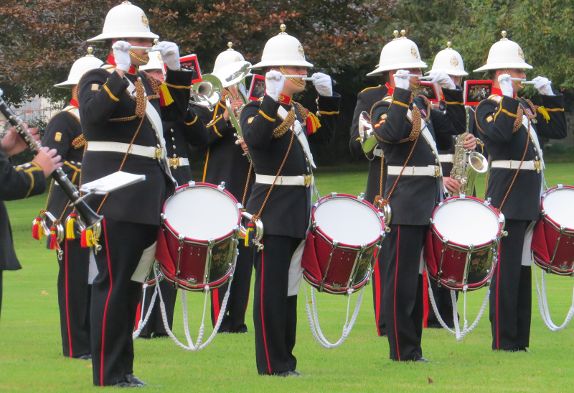 On Saturday evening (23 Sept)  His Excellency & Lady Corder hosted members of the HMS Charybdis & Limbourne Associations, other island guests, and members of the public to witness the Band of Her Majesty's Royal Marines Beating the Retreat in the grounds of Government House.

The event was held as part of the annual commemoration of the sinking of the two ships by German patrol boats off the coast of Guernsey on 23 October 1943. Some of the bodies of those lost in the tragedy were washed-up on the shores of France and the Channel Islands. Twenty-one were washed ashore in Guernsey and were later buried at Le Foulon. 5000 islanders came to their funeral in direct defiance of the German authorities on the island. 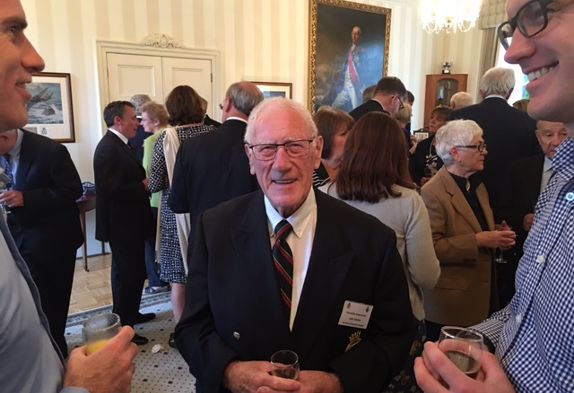 The ceremony was attended by descendants of the crews of both ships as well as members of the Guernsey Association of Royal Navy and Royal Marines, and the Guernsey Merchant Navy Association, and several senior serving Naval Officers. One special guest was John Eskadale, the very last survivor to be picked up on that fateful night.

Beating Retreat is a military ceremony dating to 16th century England and was first used to recall nearby patrolling units to their castle. An order from the army of  James II (England) otherwise James VII of Scotland dated to 18 June 1690 had his drums beating an order for his troops to retreat and a later order, from William III in 1694 read "The Drum Major and Drummers of the Regiment which gives a Captain of the Main Guard are to beat the Retreat through the large street, or as may be ordered. They are to be answered by all the Drummers of the guards, and by four Drummers of each Regiment in their respective Quarters". 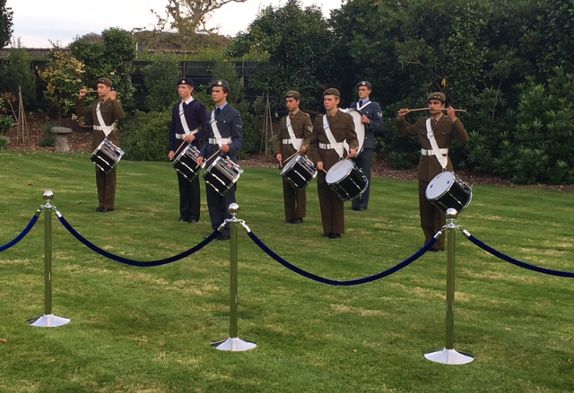 The Massed Bands of Her Majesty's Royal Marines, numbering around two hundred have, until recently, performed their Beating the Retreat ceremony every two years at London's Horse Guards Parade in celebration of the birthday of their Captain General, the His Royal Highness Prince Phillip, Duke of Edinburgh.

Finally, to add some local flavour, seven pupils from Elizabeth College also performed as a Corp of Drums.  Although they are only relatively recently formed they delivered an equally outstanding display giving the Royal Marines a very good run for their money!