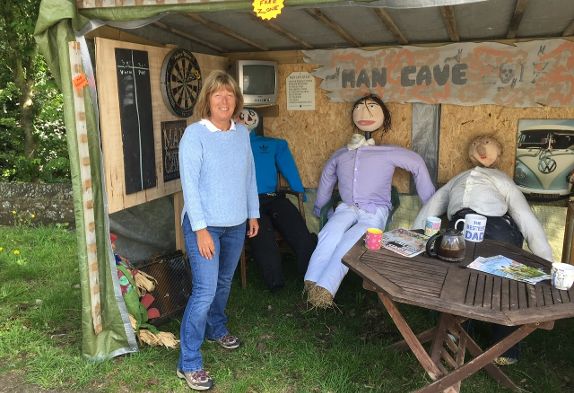 This Saturday, His Excellency & Lady Corder were amongst the very first visitors to the 2017 Torteval Scarecrow competition in order to carry out their important duties as official 'Scarecrow judges'.

They were shown around the 51 exhibits by Mrs Sue Brookes, Rector's Warden at Torteval and co-organiser of the event. Sir Ian and Lady Corder had to choose 1st, 2nd, & 3rd overall winners as well as the most topical, most traditional, and funniest entries, and the best entry submitted by an organisation.  They were accompanied by their dog Milo (in a non judicial capacity!). 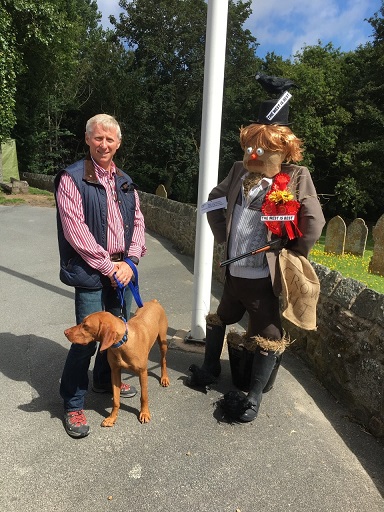 Sir Ian said he was hugely impressed by the ingenuity of the entries and the imagination shown by their creator's and that it had been an almost impossible task to choose the winners. He also added that it looked like a brilliant family day out.

Lady Corder also said that she had enjoyed the morning immensely and that she was amazed at how much effort had been put in by all the exhibitors.  She had particlularly enjoyed gate-crashing into the Torteval Douzaine's 'Man-Cave'!

After completing their official duties, they also took the opportunity briefly to look inside Torteval Church and to see first hand how the current programme of restoration of its famous tower was progressing.