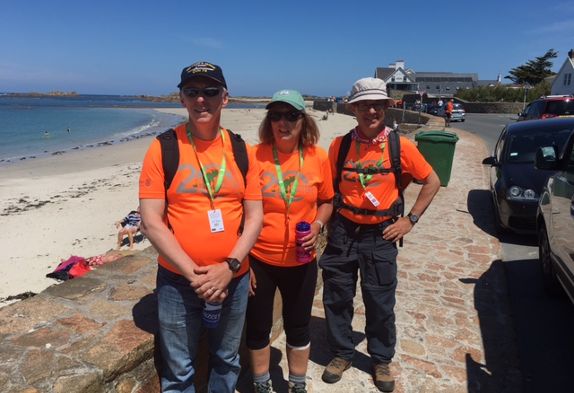 On a beautiful sunny Saturday morning (3 June), Sir Ian & Lady Corder, and Major Marco Ciotti (ADC to His Excellency) joined over 700 other intrepid walkers to take on the Saffery Rotary round Guernsey island walk. Thirteen and a half hours and 38.8 miles later, and joined by their dog Milo (who accompanied them for the last three miles), they finally crossed the finish line. Neither weary muscles nor blistered feet could dull the sense of achievement at having completed the trek.

Money raised by the Walk will help to support a record 28 local charities and the donations will be announced at a special reception at Government House in September. It was also a special anniversary for the event which has now been running for 20 years. 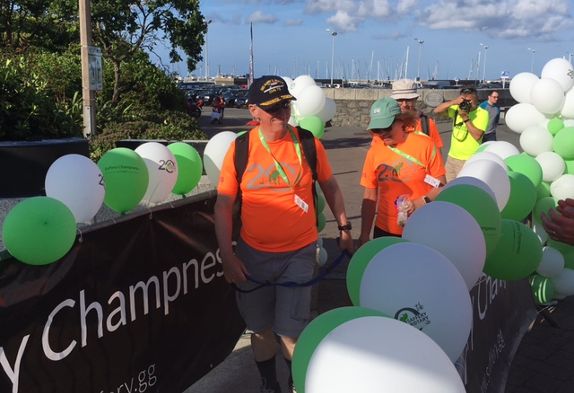 Sir Ian said that 'He and Kathryn were absolutely delighted to have made it round, it was really quite a challenge!'.  He congratulated everyone who took part and also all the organisers (Rotary and Saffery Champness) for a 'really professionally conducted event'. He concluded by saying 'All in all it was just a brilliant Guernsey day - beautiful sunshine, fabulous scenery, hundreds of people out doing something good for their community, and all accompanied by the visiting vintage car club!'.  He did admit, however, that he would struggle to convince Lady Corder to do it again next year!