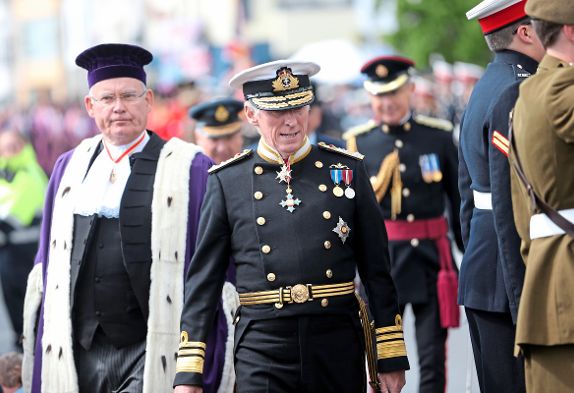 His Excellency and Lady Corder attended a wide range of Liberation Day events this year.

The day began with the Lieutenant-Governor inspecting the Liberation Day Church Parade in company with the Bailiff and Air Marshal Sir Christopher Harper KBE, former Director General of NATO's International Military Staff.  Alongside island organisations such as the CCF, cadets, and veterans, this year's parade included a Royal Navy detatchment from HMS PUNCHER, a marching troop from the Royal Gurkha Rifles, the band of the Queen's Division, and ten Chelsea Pensioners.

After the parade, Sir Ian and Lady Corder attended the Liberation Day Church service in the Town Church where this year's Liberation sermon was delivered by the Venerable Ian Wheatley, Chaplain of the Fleet for the Royal Navy. 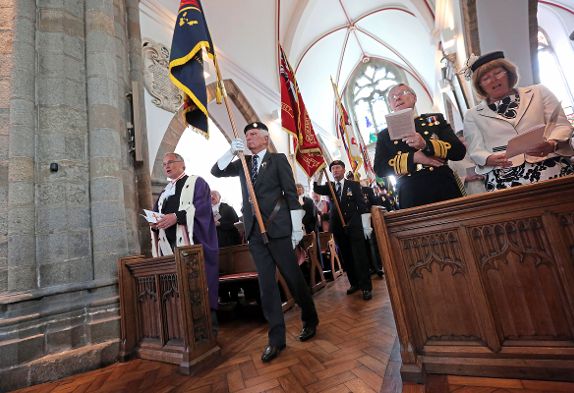 They then went on to host Mr Gary Lashko, Chief Executive of the Royal Hospital Chelsea, and the Commanding Officer HMS PUNCHER (with some of his ship's company) to lunch at Government House.

In the afternoon they visited a number of seafront attractions including the display of Guernsey Old Car Club and Military vehicles and a number of charity stalls. The evening completed with a hearty sing along and the annual Festiva Liberation Concert before once again joining up with the Chelsea Pensioners and Gurkhas to witness the day's finale, the fabulous fireworks over Castle Cornet.

In summing up, Sir Ian said that he 'was delighted that Liberation Day had been such a great success for everyone and pleased to see so many people, young and old, turning out to take part in the celebrations'.  He also expressed his thanks to all the organisers and to the island's many visitors for choosing to come and join with Guernsey on its special day.