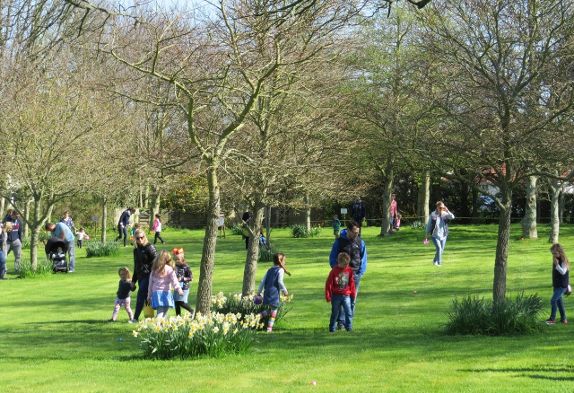 This Sunday (2nd Apr) saw 150 prospective Easter Egg hunters join the Easter Bunny on a beautiful sunny morning to search for eggs amongst the trees and daffodils of the Government House grounds.  The egg hunt was run by SAFER LBG, Guernsey's charity to raise awareness of, and support for, those subject to domestic abuse.

Hunters each had to find six plastic eggs of different colours to exchange for a 'proper' chocolate egg.  In addition, tucked away in especially difficult hiding places, were six 'half golden' eggs and a single 'extra special' all golden egg.  The former qualified their finders for an  'extra large' easter egg each, whilst the prized golden egg won its finder the star reward of a £75 gift voucher! 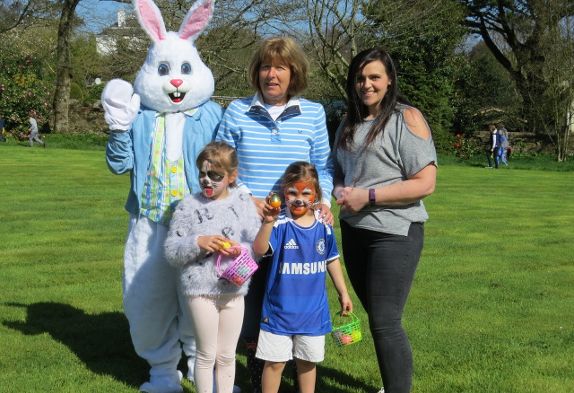 Proceedings were watched over by Lady Corder, who is Patron of SAFER, the Easter Bunny, and a number of helpers from the both the charity itself and its 'Friends' organisation.  Lady Corder started the enthusiatic seekers off with a loud blast on a klaxon and then, at the end of the hunt, presented the final winner with her prize. The morning was rounded off with cakes from the stall and a number of impromptu picnics on the grass.