Visit to the Securities Exchange 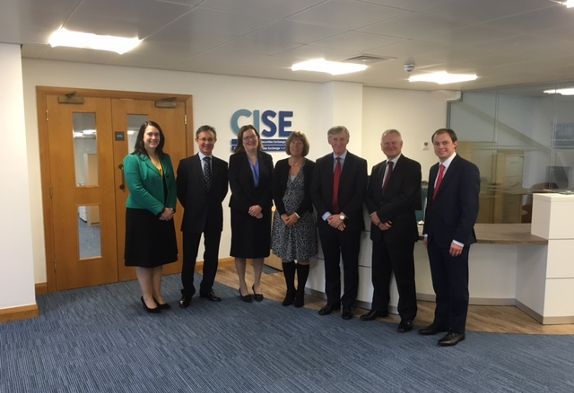 The Lieutenant-Governor and his wife were introduced to the workings of the CISE, the role it plays in supporting Channel Islands' economies and businesses, and its plan for future growth and expansion. They then spent some time walking the office floor and meeting with staff.

After the visit Sir Ian commented that it was good to know that Guernsey was host to the world's leading small jurisdiction securities exchange and also to learn of its impressive plans for growth. The CISE is set to relaunch itself as The International Stock Exchange (TISE) next week to reflect its expanding international footprint outside of the Channel Islands.