On Wednesday (22nd Feb) the Lieutenant-Governor and Lady Corder hosted an afternoon tea for members of the community who had recently passed some very special personal milestones. 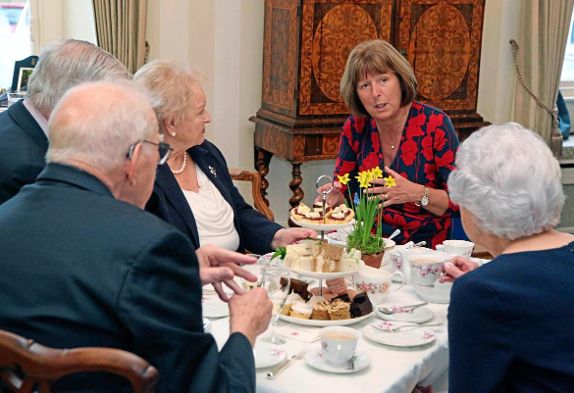 Their guests included three Islanders, Mrs Muriel Michael MBE, Mrs Kate French, and Mrs Hazel Ozard who had each celebrated their 100th birthday in the second half of last year.  They were joined by 11 couples who had celebrated Diamond (60th) wedding anniversaries over the same period, two couples who had achieved their Sapphire (65th) anniversaries, and one very special couple, Gerry & Diane Chauvel, who have now been married for 66 years!  The guests had all received personal messages of congratulations from Her Majesty The Queen. 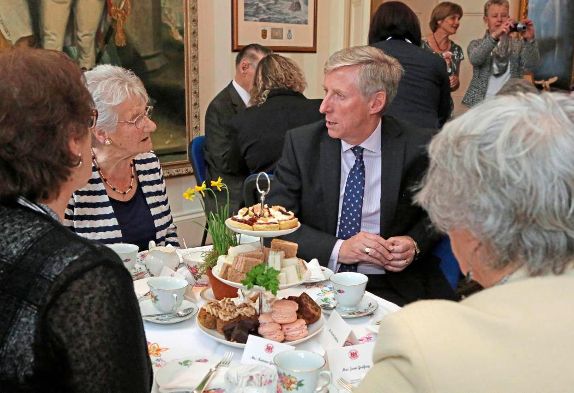 Sir Ian greeted all the visitors remarking that they had lived through some of the most tumultuous times in history and that they were 'an inspiration'. He urged them to 'keep on going!'

If you know someone who is approaching their 100th or 105th birthday, or their Diamond or Sapphire Wedding Anniversary, and would like to arrange for a message from Her Majesty and/or an invitation to Government House, then please follow this link.