Visit to The Guernsey Press and Archives 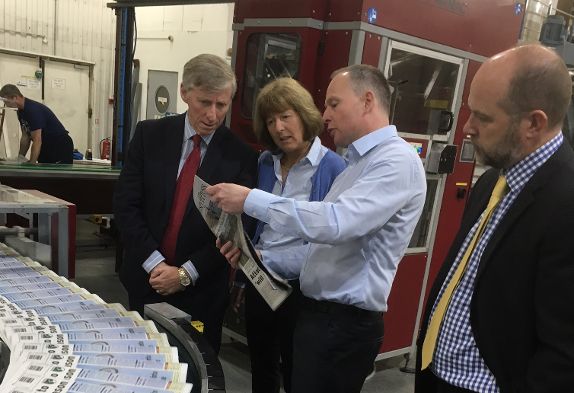 This Tuesday (21st Feb) the Lieutenant-Governor and Lady Corder dropped in to the offices of the Guernsey Press to witness the day's edition being produced.  They were hosted by Shaun Green (Editor) and Suzanne Heneghan (Deputy Editor).

During their visit they were shown the final print run of the day's edition and spoke with members of the editorial and production teams.  They also had an opportunity to view some of the paper's historic archives looking at editions published as long ago as 1909 and also at some produced during the Occupation, when the paper was under German editorial control.

Sir Ian commented that he and Kathryn had really enjoyed meeting everyone involved in publishing the Guernsey Press, and that the paper was 'as much part of island life as ormers and Castle Cornet', he couldn't imagine what Guernsey would be like without it!