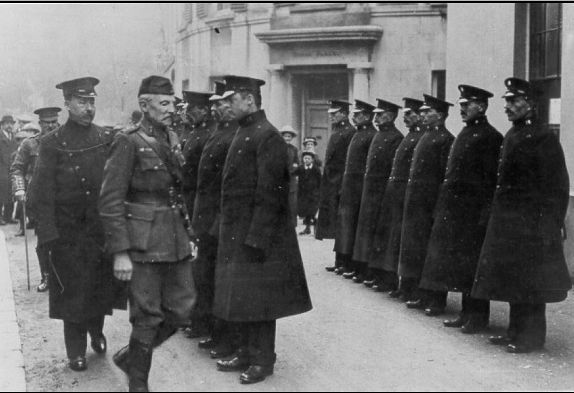 A little bit of history was recreated on Friday evening when the Lieutenant-Governor acted as the inspecting officer at a swearing in ceremony and passing out parade for combined law enforcement course 2/2016.  In doing so, His Excellency was following in the footsteps of his predecessor, General Sir Reginald HART, VC, KCB, KCVO who inspected the very first parade of the Island Police Force on 13 March 1915, the day before this newly created island wide force commenced duty. 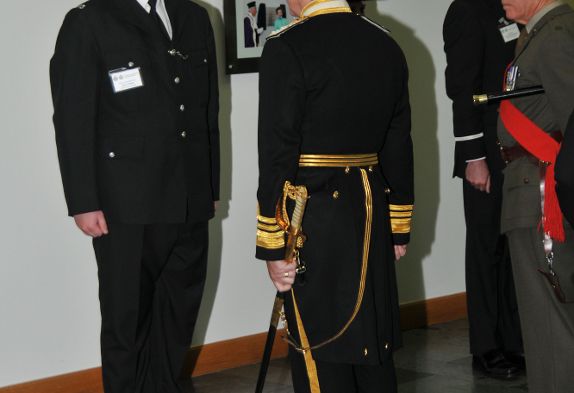 The course students, comprising 5 new police officers and 3 new border enforcement officers, passed out having completed an intensive 16 week training course. The Bailiff presided over an affirmation in front of the Royal Court and His Excellency inspected the parade and  presented certificates and course prizes. The ceremony was also attended by States Deputies on the Committee for Home Affairs, senior Police and Border Officers and, of course, proud families and friends of the successful students.