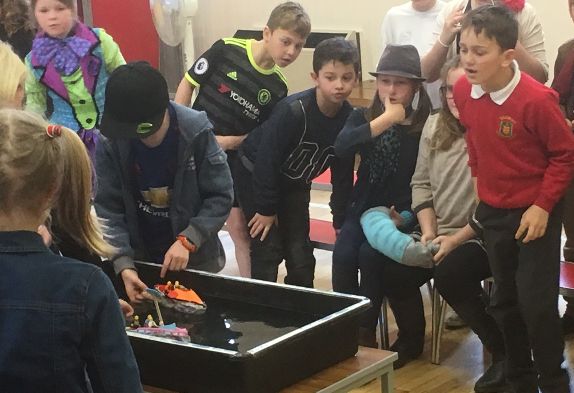 The Lieutenant-Governor joined Year 5 pupils at Vauvert School for the conclusion of a three day exercise in which they had worked in teams to design and build their own model yachts and motor boats. Each team member had a specific role to play (team leader, finance officer, designer etc) and the children had to deliver their boats against strict customer 'specifications'. The exercise concluded with a thrilling set of races to see which designs performed best, as judged by a panel including His Excellency, Vauvert's Head Tim Walters, 'Young Engineer' project leader Lil Grafton, and scheme sponsor Geomarine's engineering director Tom Whitmore.

The project is a pilot for the educational charity Young Engineers 'Engineer my world' initiative with similar pilots due to take place in other primary schools around the island in the coming weeks. His Excellency said that 'this was an excellent scheme' and that 'engineering was an essential skill that needed a higher profile amongst young people.'  He very much hoped that more local companies would seize the opportunity to sponsor the programme so that it could deliver its full potential.