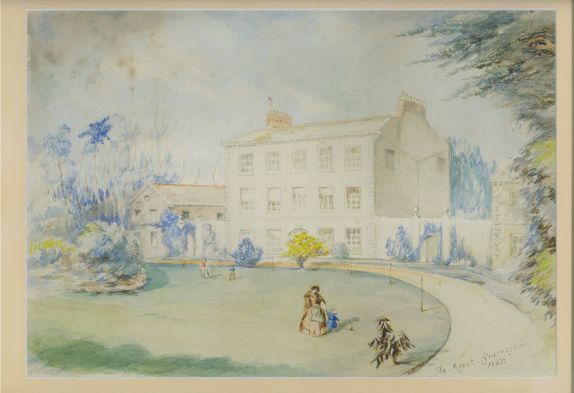 The current Government House is latest of sixteen buildings that have housed the Sovereign's representative and his family. In fact the current house, known originally as 'Le Mont' has been Government House twice in its history. Built by Nicolas Maingy as an elegant new mansion at the corner made by Mont Durant and Petite Marche it was very much a Georgian residence of some standing and was first inhabited by Major General John Small, Lieutenant Governor 1793-96.

After General Small's departure the house reverted to private ownership, including belonging at one point to a certain Jean Allair, possibly Guernsey's most notorious privateer, and certainly one of its wealthiest citizens. The Mount became Government House more permanently in 1925 when it was purchased by the crown and it has remained the residence of the Lieutenant-Governor ever since, except during World War Two when it was used as the residence of the German Kommandant of Guernsey. 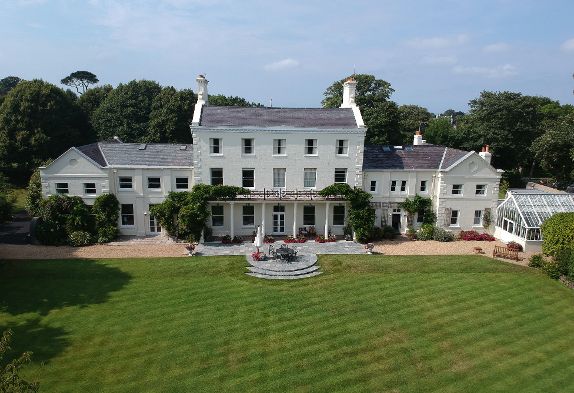 Today, Government House remains the home of the Lieutenant-Governor and his wife. It is used to host guests from all over the world, and to entertain islanders from all sections of the community at various functions in the house and grounds. The grounds are also used as a venue for a number of public events such as charity fêtes and school sports days. Royalty and other important official visitors stay at Government House during their visits to Guernsey.

The grounds and main function rooms of Government House are fully accessible to wheelchair users and other guests with limited mobility. Appropriate toilet facilities are also available.

The grounds of Government House comprise around 10 acres of elegant parkland and landscaped gardens. There are over 150 mature trees of all varieties including 2 planted by Her Majesty the Queen during her visits in 1989 and 2001, and a number planted to commemorate other Royal visits. The grounds also contain a specialist and historic camellia collection.

A particular treasure is the historic Victorian walled garden. At over 1700 square meters it is one of the best examples of a traditional walled garden in the British Isles. It is fully utilised to produce around a hundred different varieties of fruits and vegetables for the kitchen, and cut flowers to decorate the house.