The Lieutenant-Governor of Guernsey is the representative of the Crown in the Bailiwick of Guernsey, a separate Crown Dependent jurisdiction within the British Isles. The role of the Lieutenant-Governor is to undertake, on behalf of the Sovereign, many of the functions normally associated with the Head of State in a larger jurisdiction.  He also acts as a principal point of liaison between the Governments of Guernsey and the United Kingdom.

The holder of this office attends by right meetings of the States of Guernsey, States of Alderney, and the Chief Pleas of Sark but may not vote and, by convention, may normally only speak in these Chambers once, immediately before departing from post.

Potential candidates for the position are interviewed by a panel of senior Bailiwick representatives and their recommendation is passed to His Majesty The King for final approval. The Lieutenant-Governor is appointed by Royal Warrant, normally for a term of five years.

His Excellency is supported in the execution of his duties by a small staff (the Office of the Lieutenant-Governor) and the Household team at Government House. 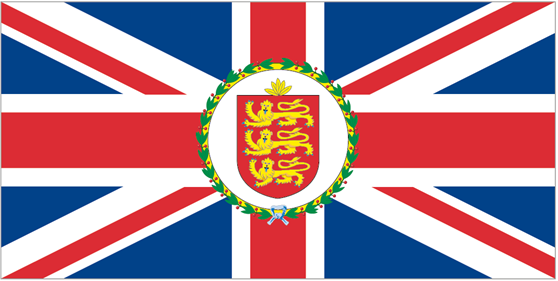 The Lieutenant-Governor has his own flag in Guernsey, the Union Flag defaced with the Bailiwick's coat of arms.